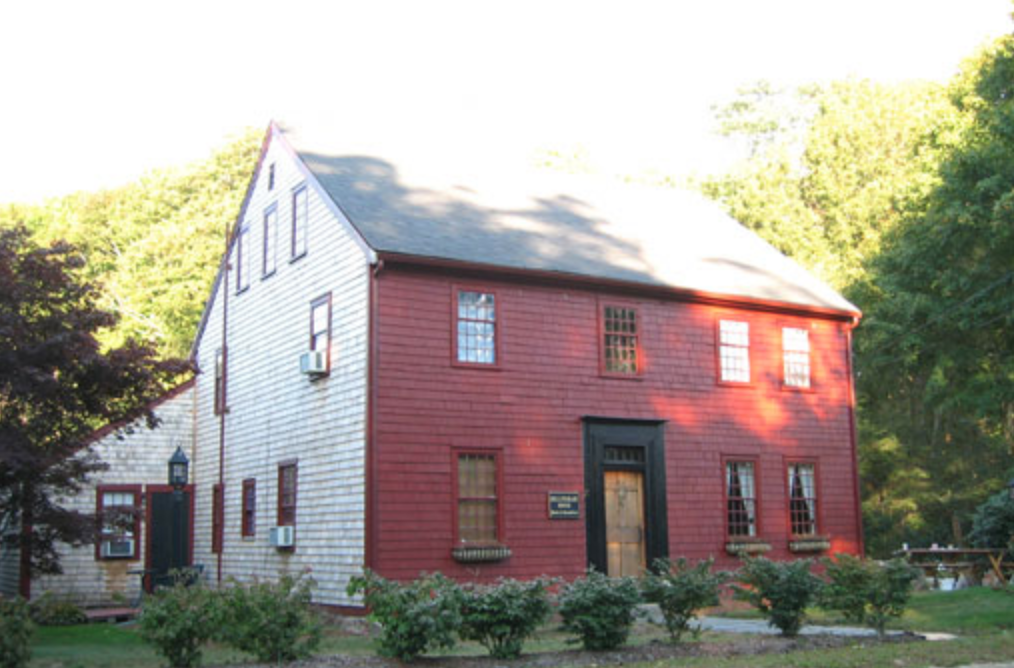 It’s October and New England has once again blossomed into its most flattering form. Here on the Cape where summer reigns supreme, autumn is our “best kept secret.” The crowds of tourists are long gone, the streets are quiet, the salty air has a crispness to it, and the plump red sight of cranberries begin to adorn the surrounding bogs.
It’s also the time of year when the shadows stretch just a little further and the days grow shorter. We retire for the night earlier, curling up around the fire and in hushed excited tones tell each other stories of the supernatural and unknown.
October is the time for Halloween and what better way to kick off this month of the macabre than with a chilling tale of a haunted house (currently for sale!) in our very own Sandwich.

The Dillingham House was built in the 1650s by one of Sandwich’s founding fathers, Edward Dillingham. In the family until 1926, Edward’s great grandson Branch Dillingham had owned it in the early 1800s with his wife and nine children. His reasons now lost to history, Branch committed suicide in 1813 leaving his wife and children behind. If that wasn’t bad enough, only weeks later his wife inexplicably died as well, forcing the children to fend for themselves alone in their empty house. The proceeding conditions of the children’s lives are hazy but we do know that most lived into adulthood, however difficult that feat might have been for them. In any case, this family left their mark on this house and perhaps even continues to do so.
After the property fell out of the Dillingham family’s hands, it became a rundown boarding house during the 1930s and 40s, jokingly referred to as “The Ritz.” After that period, it was abandoned for many years, yet neighbors couldn’t help but notice the strange occurrences happening there.
In the 1970s individuals reported having seen strange lights moving around the rooms within the house, despite the fact it was vacant. A police report from 1979 listed mysterious happenings such as doors unlocking on their own, the sound of small feet pattering across the floor and motion detectors being set off without explanation. A woman claimed to have seen the “glimpse of a stern-looking man dressed in Victorian attire” in one of the windows. The police reports explicitly notes that this activity typically seemed to spike around Halloween…

In more recent years, the house had been a bed and breakfast.  The owner at the time claimed to have smelled the odor of “gamey” meat pervading the house while it was under renovation.  Some of his guests sweared to have seen children run across the halls, their small footsteps echoing behind them. One guest woke up to the sight of a little girl at the end of their bed watching her, and many others heard nearby footsteps when they were alone in their rooms.  The owners, like the earlier police reports, agreed that the activity seemed to peak around Halloween.

Is the Dillingham House haunted or has it just been visited by generations of people with big imaginations?  I’ll let you be the judge of that.

Believers and skeptics alike, we can all agree that the month of October is the perfect time to go out and enjoy our community.