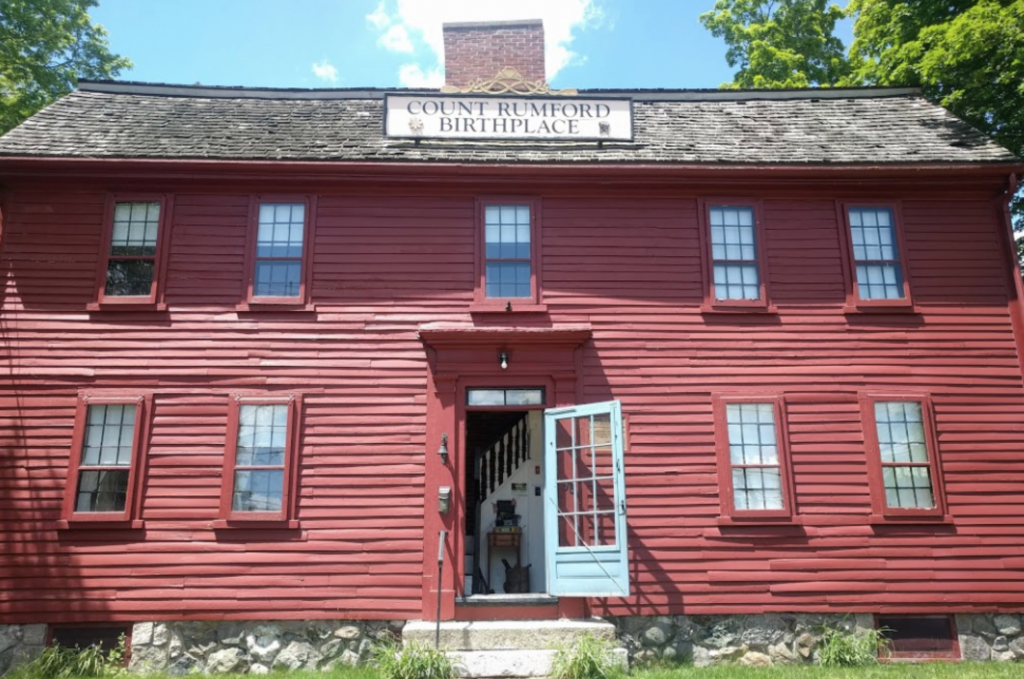 When we first viewed the c. 1827 home that we would ultimately purchase, we were thrilled with the four fireplaces.  The home had once been a double dwelling house for the workers at the Boston and Sandwich Glass Company.  Each side of the house has a kitchen fireplace, with a beehive oven, and a parlor fireplace.  And each fireplace has the tell tale angled walls of a Rumford style fireplace.

Count Rumford, born Sir Benjamin Thompson in 1753, was a soldier, statesman, inventor, scientist and humanitarian.  He was born in Woburn, MA and studied at Harvard.  Being a loyalist, he left for England in 1776 where he was later made a fellow of the Royal Society.  His title was bestowed in 1790 when he was made count of the Holy Roman Empire.  Interestingly, “Rumford” came from the place where he lived in NH at age 19 (now Concord).

His name lives on through his contributions to science, and in particular, his advancements to heating.
In 1798 and 1799, Count Rumford wrote a series of 3 essays describing the ills of the common form of construction of a fireplace and the remedy to save fuel and increase comfort:

Chimney Fireplaces, with proposals for improving them to save fuel; to render dwelling houses more comfortable, and salubrious, and effectually to prevent chimneys from smoking.

Shows the common construction of a fireplace prior to alteration

According to Monticello.org, Thomas Jefferson’s Monticello has 8 Rumford style fireplaces.
Jefferson wrote to his friend, Wilson Cary Nicholas regarding the dimensions of his Rumford fireplaces:

Which brings me back to my fireplaces – none of which are currently working.  We are having them parged inside and re-pointed where needed.  Our mason tells us that the fireplaces have great draw – Yay Rumford!